This past spring and summer, the Ontario Government toured the province holding consultations on Bill 148 - Fair Workplaces, Better Jobs Act. ETFO Waterloo Vice President Jeff Pelich attended the Kitchener consultation in July representing the Waterloo RegionalLabour Council at a pre-consultation meeting. The Labour Movement is behind these changes. The Waterloo Region Chamber of Commerce and big business (eg. Loblaws) are not.

ETFO, through its involvement with the Ontario Federation of Labour, has been calling for significant improvements to the Employment Standards Act and the Ontario Labour Relations Act. Bill 148 is a step in the right directions but there is so much more that can be done to protect Ontario workers! 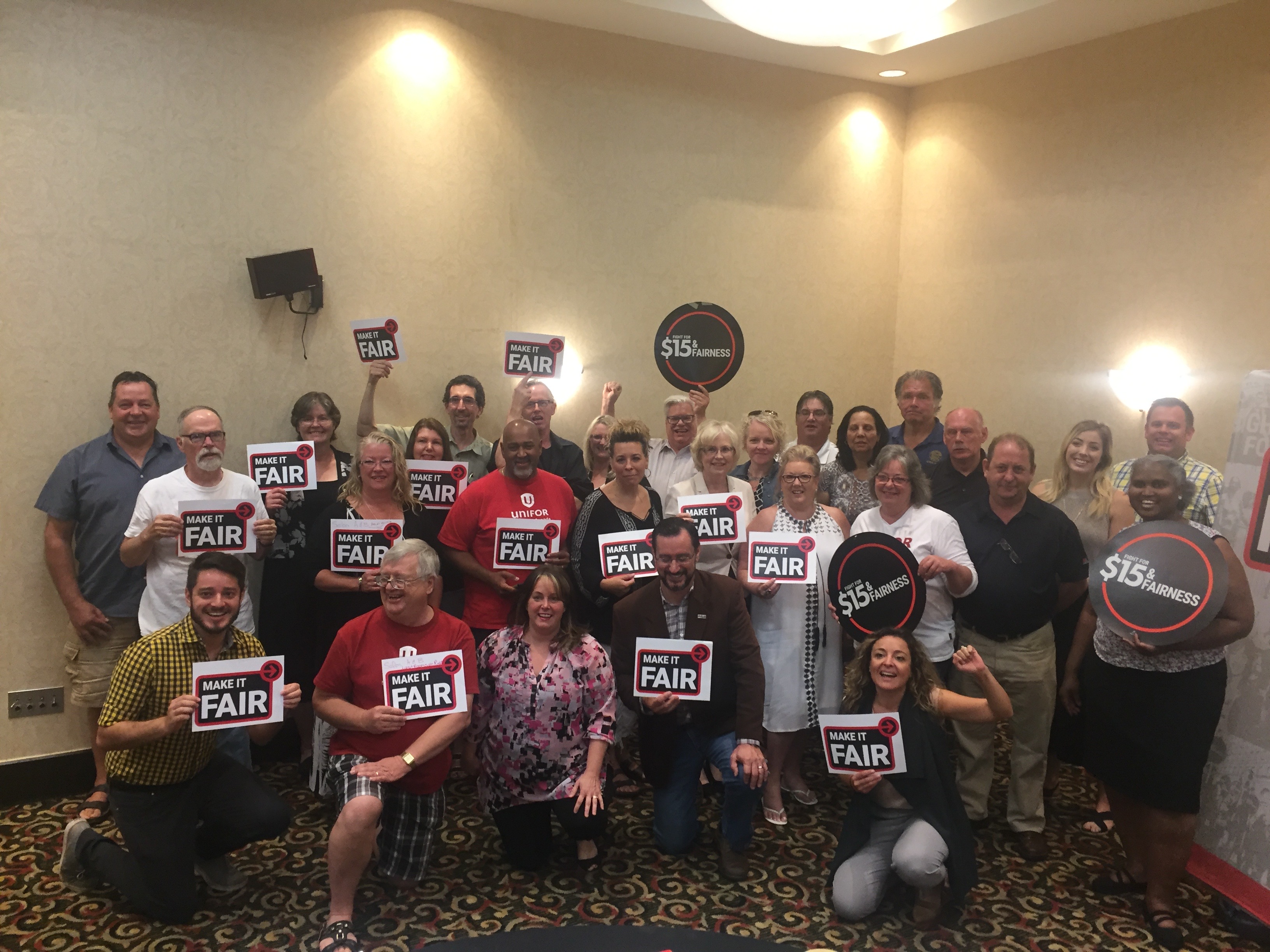 Our members are encouraged to contact their local MPP and ask that the legislation remove barriers to unionization, reintroduce the card-check certification, hold employers accountable to their employees, raise the minimum wage to $15/hour, and enforce the Employment Standards Act.

The need to reform our labour laws was highlighted this weekend in a Toronto Star investigation into the hiring and treatment of temporary workers in Ontario.