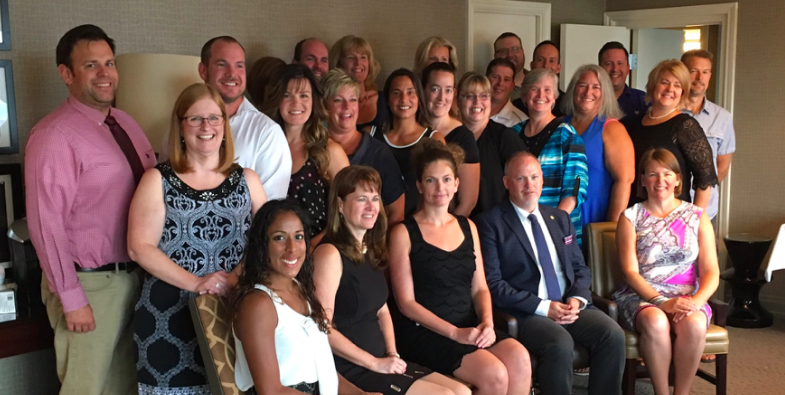 25 union activists from the Waterloo Region teacher local travelled to Toronto last week for the Annual Meeting of the Elementary Teachers Federation of Ontario. In addition to over 800 public elementary school teachers and education professionals, your local representatives helped to set policies and directions for the coming year during the Federation’s annual democratic forum.

Some highlights of the meeting included:

Throughout the meeting, many of your Waterloo delegates spoke about motions at the microphone on a variety of issues. In addition, our local president Greg Weiler was an active participant during the meeting as a member of the Provincial Executive.

Delegates are nominated by members throughout January and approved at the Winter Business Meeting in February.